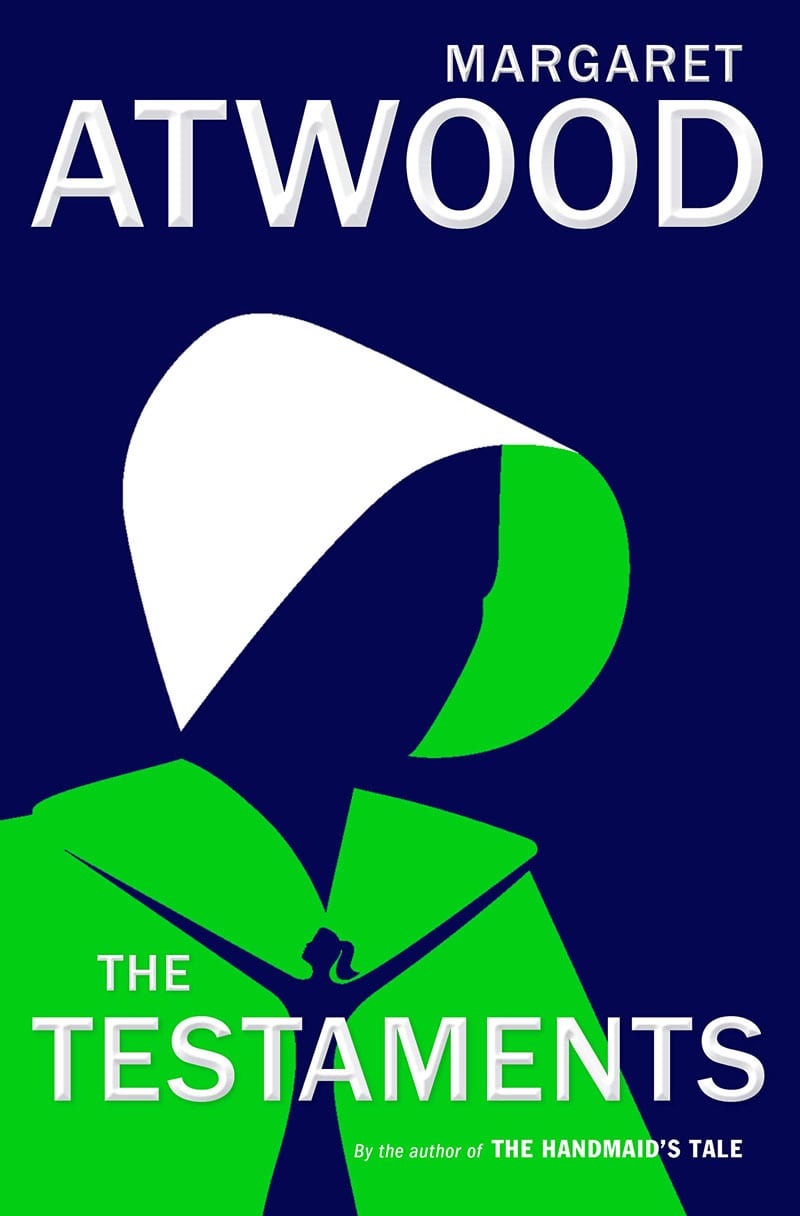 What a strange writing project for Margaret Atwood, to write a sequel after 35 years, and in the midst of a popular adaptation of The Handmaid’s Tale as a Hulu series.  I’m a big fan of both the book and the series so I was anxious to read The Testaments.  Although I enjoyed it, it doesn’t match its predecessor.

The Testaments is narrated by three first person narrators, two of whom are young girls. As someone who has written a novel with two first person narrators who are girls (Watermark,) I can affirm how difficult it is to keep the voices distinct and engaging.   The interesting narrator in The Testaments is Aunt Lydia; she is complex, calculating, and surprising, and reveals a lot about how she became Aunt Lydia—and the story is not the same as in the series. Very much like Offred, she is a survivor, although she lacks Offred’s higher purpose. The narration of the two girls is more plot-driven, less interior, and less interesting.

June/Offred makes only a very brief appearance in The Testaments, which is a significant loss.  Without her, the book has no moral center.  In addition, we get only sketchy information about what her life has been since we last saw her at the end of The Handmaid’s Tale, and we want to know everything.  I am reflecting on this, as I am currently writing a sequel to my novel.  If readers are invested in a character or a group of characters, I think it’s important to revisit them or tie up loose ends before moving on.  Otherwise, readers feel cheated.

The Testaments uses the same frame as The Handmaid’s Tale, an academic conference about Gilead.  I liked this device more in this novel than in The Handmaid’s Tale.  Atwood does a great job of satirizing academia and suggesting that we really don’t know as much as we think we do about events of the past.  There’s a lot of irony in the statement of the presiding academic that we study history to “remind ourselves of the wrong turnings taken in the past so we do not repeat them.” The architects of Gilead apparently forgot what they once learned about slavery, the forced relocation of Native Americans, the Third Reich, the Soviet Union, the Cultural Revolution, and more distant structures of brutality and terror.  And here in 2197 we have a pretentious male professor making embarrassing jokes about the difficulties of adjusting to female leadership.  In the end, perhaps the point is that while politics shift and regimes rise and fall, the human heart remains imperfect and inscrutable.