Book One in The Broken Bell Series

The oldest child in a barely functioning family, Angel Ferente struggles to care for her three sisters while pursuing her goal of attending college on a swimming scholarship.  She has a problematic relationship with her mother, Pic, whose troubled past has resulted in self-destructive behavior, and an outright hostile relationship with her stepfather.  Angel is the center of stability in the household—making sure that the younger girls get to school, ensuring that holidays are observed, doing the family’s laundry at her part-time job at a laundromat, and even taking care of Pic when she is sick or depressed.  It’s the early 1990s in Philadelphia, and in addition to their battles at home, Angel and her sisters witness everyday events of lie beset by poverty and drugs: dealers and sex workers on the corner, shoot-outs that result in dead bystanders, and more.

Then Angel vanishes after leaving her swim team’s New Year’s Eve party, leaving her sisters to fend for themselves and her friends terrified of what might have happened to her. In the wake of her disappearance, her teammates, her coach’s church, and her family search the city for her.  The result changes their lives forever. 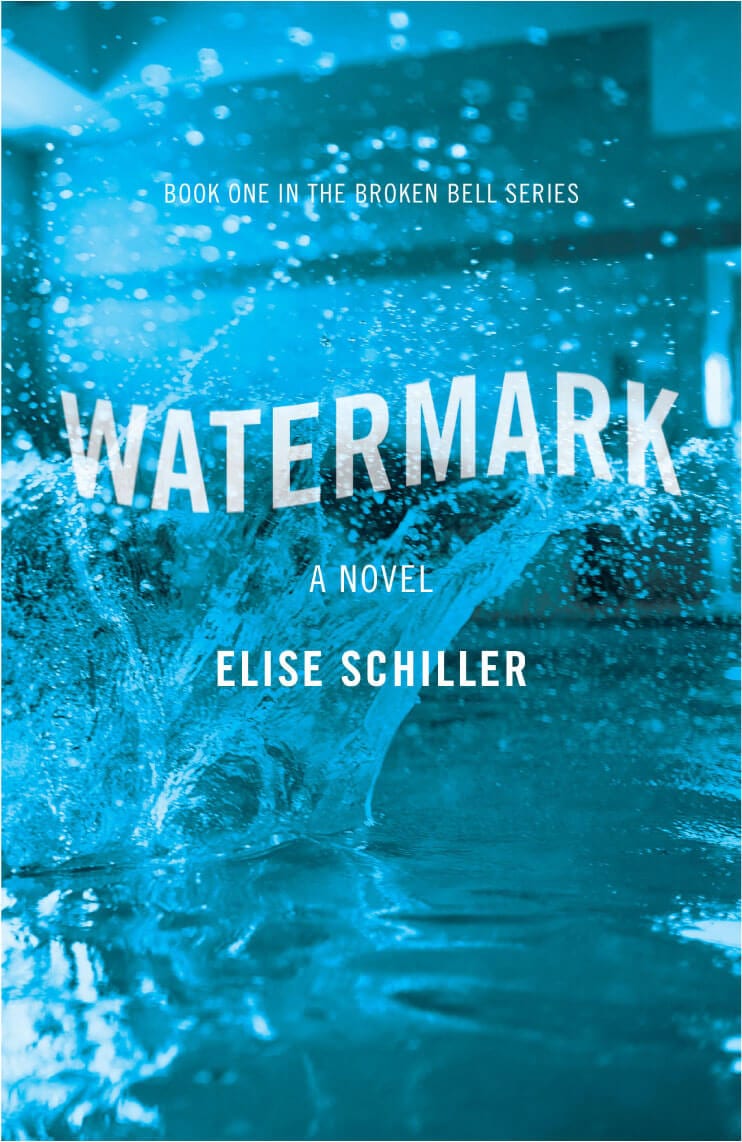 “A measured, affecting look at a struggling and burdened teenager . . . tight, unembellished prose makes for an easy read and even adds a hint of mystery.”
–Kirkus Reviews

“Watermark is a shrewd and unflinching mystery set in some of the less charming parts of Philadelphia. Great characters, broken hearts, and lots of twists make this compelling reading. Elise Schiller makes her mark with this book.”
―Jonathan Maberry, New York Times best-selling author of V-Wars and Rage

“A highly recommended ripped from the headlines read that teens and adults alike will not be able to put down. Even better, this is the first in a series, Broken Bell; I can’t wait for the second book. I love Elise Schiller’s writing, her characters, and portrayal of Philadelphia with beauty and authenticity. A must read!”
–BJ Neary, Neary Notes Blog