Even if Your Heart Would Listen

Losing My Daughter to Heroin

In January 2014, Elise Schiller’s youngest child, thirty-three-year-old Giana Natali, died of a heroin overdose while a resident in a treatment program in Boulder County, Colorado. Even if Your Heart Would Listen is about Giana’s life, which was full of accomplishments, and her mental illness, addiction, and death. Using excerpts from the journals, planners, and letters Giana left behind, as well as evidence from her medical records, Schiller dissects her daughter’s treatment for opioid use disorder (OUD) at the five residential and several outpatient programs in eastern Pennsylvania where she tried to recover, taking a close look at the lack of continuity and solid medical foundations in the American substance-use treatment system even as she explores the deeply personal experience of her own loss.

Poignant and timely, Even if Your Heart Would Listen is a meditation on a family’s grief, an intimate portrayal of a mother-daughter bond that endures, and an examination of how our nation is failing in its struggle with the opioid epidemic.

Praise for Even if Your Heart Would Listen

“Through her bravery and strength, Schiller strives to make a difference in our country and the way we treat addiction both within our own homes and on a national scale.” ―Parade, “From Humorous Fantasy to Heartbreaking Memoirs, These Are the 10 Most Inspiring Books by Women in 2019”

“A heart-rending story of a mother’s anguished journey to understand her daughter’s addiction. It indicts a treatment industry that often does more harm than good and a drug policy that fails to help parents save their children’s lives.” ―Maia Szalavitz, New York Times best-selling author of Unbroken Brain: A Revolutionary New Way of Understanding Addiction

“Courage is a parent who gets up every day and presses forward after losing a child. Bravery is a parent who fights to change the stigma of losing a child from Substance Use Disorder. In Even If Your Heart Would Listen, Elise Schiller shares the personal story of her beautiful daughter’s struggles with mental illness and addiction, and her own story towards courage and bravery. A heartfelt read, and one that offers encouragement to me as a parent on my own journey towards courage and bravery.” ―Lillian Hightower, mother of Andrew 4/19/1985 – 3/5/2017 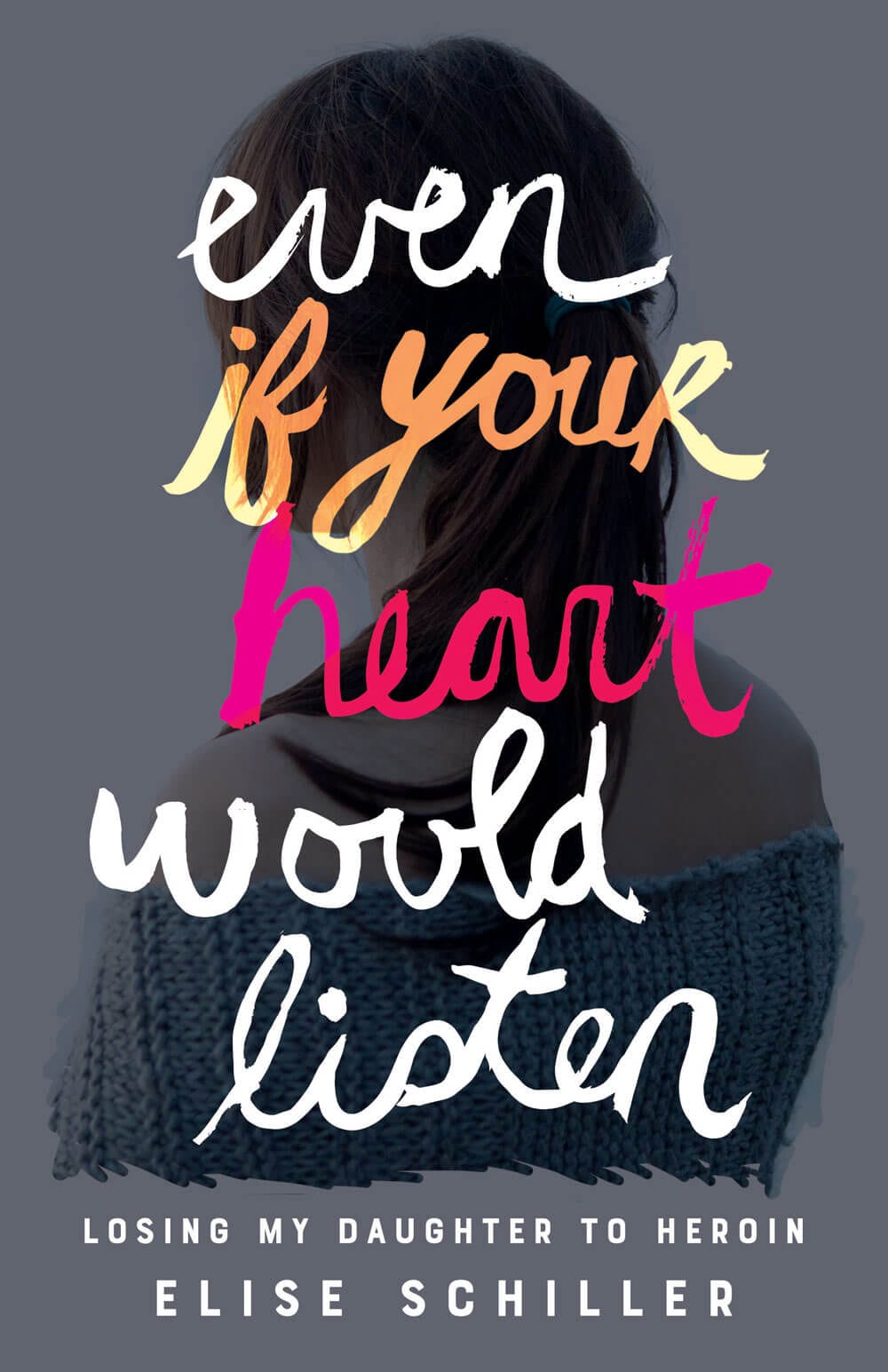