Two weeks ago my fourteen year old mixed pit, Jade, succumbed to a tumor that had been diagnosed only a few days earlier. Our veterinary practice, where my daughter Giana used to work, recommended that we help her on her way to avoid the tumor rupturing and causing a painful and panicked end to her life. I had seen Giana make this same decision about two of her beloved dogs, so I trusted their advice. Here is Giana with her first dog, Abby. 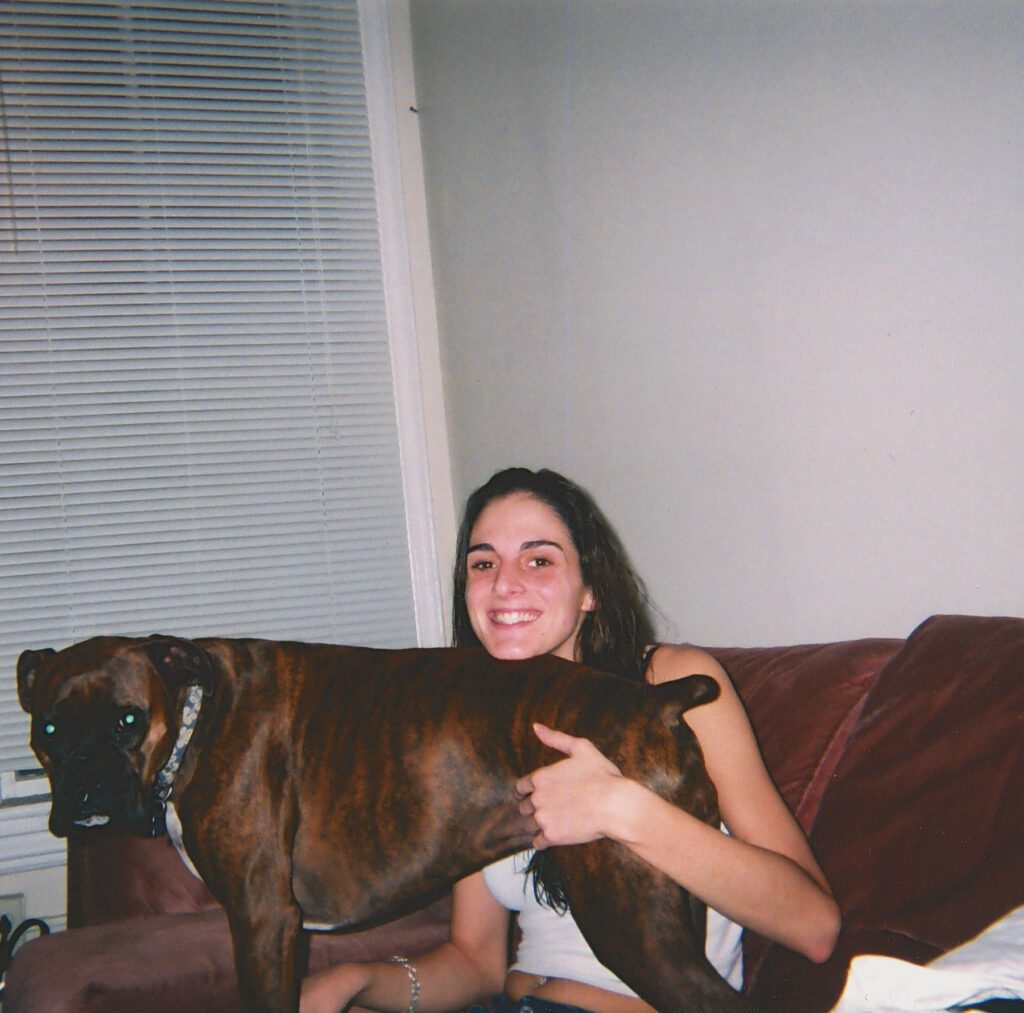 But Jade really was extra special. She came to us when Giana was doing an internship at the University of Pennsylvania Veterinary Hospital’s emergency department. Somebody dropped this sick, three-week-old puppy off and went on their way. At five weeks Jade was healthy and ready for discharge, but there was nowhere to go, so she went home with Giana to join another dog and some rescued guinea pigs.

Between Giana’s schedule and mine, with help from a few dog-loving friends, we got her through the puppy years. I remember a trip my mother and I took to visit family in Harper’s Ferry, West Virginia when Jade was about two months old. Giana had to work so we were in charge. I snuck her into a hotel room and hauled her around in a baby carrier on my chest for the whole weekend, much to the delight of the little cousins. A month or two later she held her own playing with my brother’s much larger German Shepherd.

When Jade was three and a half, my daughter became ill with substance use disorder. Giana’s older dog had passed away, and while she received treatment, Jade lived with me. My roommate, Dina, helped out, and her sister Anna, a vet, provided lots of advice. A few months later Giana became too ill to work and she and Jade moved in permanently. Well, not permanently. Because on 1/3/14, when Giana was about to turn 34 and Jade was five, Giana died suddenly, in a treatment facility, of an overdose. She had been in residential treatment for the prior six months (if you want to read more about Giana’s story and problems with treatment and policy around substance use, see my book, Even If Your Heart Would Listen) while Jade was with me. Here is a picture of Giana and Jade a few days before Giana died. She was home for my mother’s memorial service.

Over the past nine years Jade was loved and spoiled by me, and my friend James, along with his daughter who became an animal lover because of Jade. This spunky dog paid us back with being abundantly affectionate, cuddly, funny, and steadfastly loyal. Okay, and occasionally stubborn and naughty. She didn’t like to be alone for very long and would show her annoyance by tossing all the throw pillows on the floor and dumping over her toy basket. There! I’ll show you! She loved her people, her walks, her toys…and her food. Here she’s playing in the snow with James. 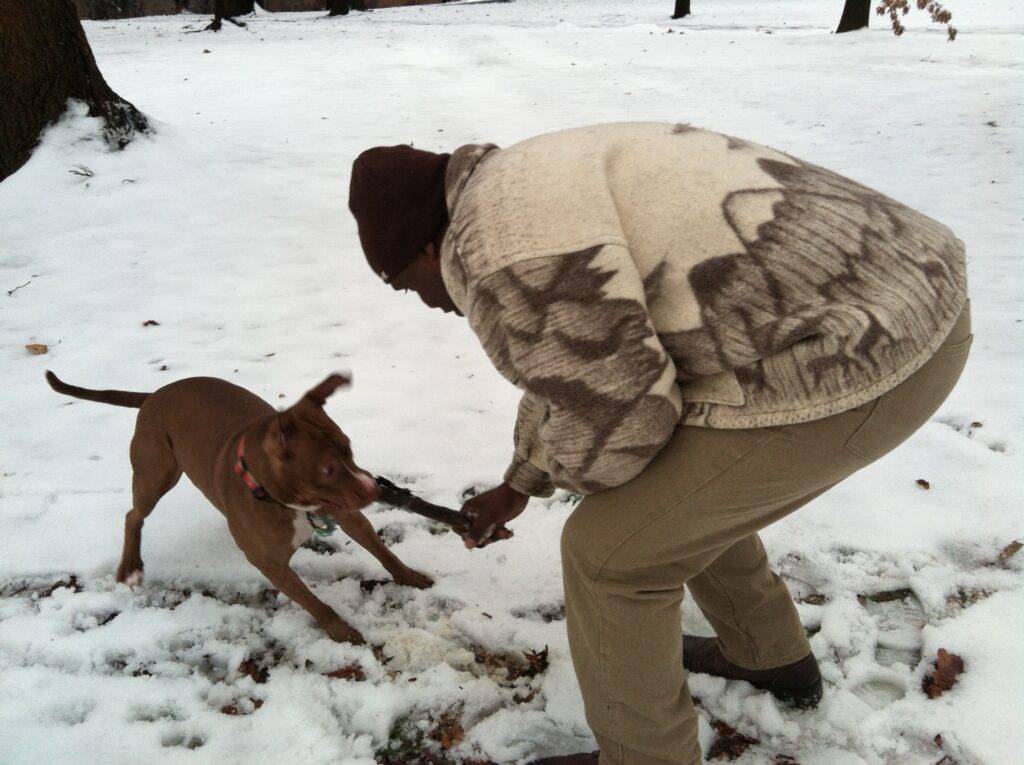 The ninth anniversary of Giana’s death will be in January. Jade was with me all this time, providing a living link to my daughter. This was, of course, bittersweet, but I was so grateful to have her. We took many walks where Giana and I had walked together with Jade and the other dogs. Some of Jade’s toys were hand-me downs. I have so many snap-shot memories of Giana and her dogs, Giana happy and playing ball, Giana laughing at Jade’s antics in the stream, Giana cuddled up with her.

I’m not a big one on belief in the afterlife. But if there is more out there than I can imagine, I hope Jade has found her way to Giana and the other dogs and they are running free.