Last week I was visiting cousins in Harpers Ferry, where I go several times a year.  My mother’s family is from Harpers Ferry, dating from the civil war (before that, Maine.  More about this in another post.)

Except in blizzard conditions, I visit the Harper Cemetery every time I go.  It’s a peaceful spot, with stunning views of the “gap” where the Potomac and Shenandoah Rivers converge.  My great-great-grandparents, great-grandparents, grandmother, and mother are all buried here, along with aunts, uncles, and cousins.  When my mother died in 2013, we used some of her small estate to build a retaining wall around the family plot, to stem erosion in this hilly place. 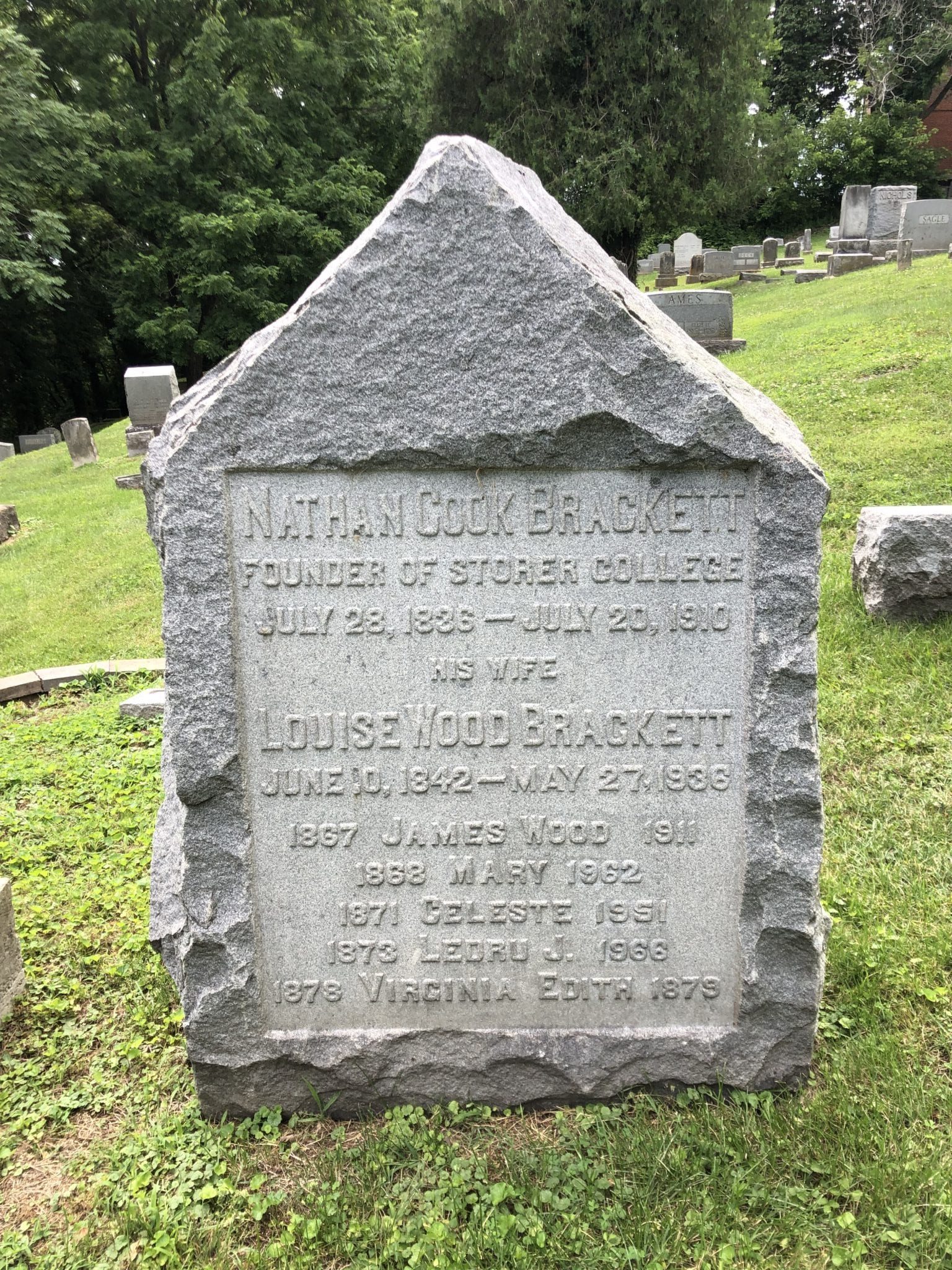 As you can see in the picture of the large Brackett headstone, my great-great-grandfather was Nathan Cook Brackett, the founder of Storer College.  With funding from John Storer, a Free Will Baptist from Maine, the college opened in 1865 as a school to educate freed African American men, women and children. Brackett’s wife, Louise Wood Brackett, an artist, was a teacher of Latin, Greek, art, and literature at the college.  At the time, there was a debate among educators about what these schools should teach—just basic reading, math and vocational skills, or those things along with the basics of a classical education. Storer went in the latter direction.  Many other family members taught there as well, and my great-grandmother, grandmother, and mother were raised on the campus. 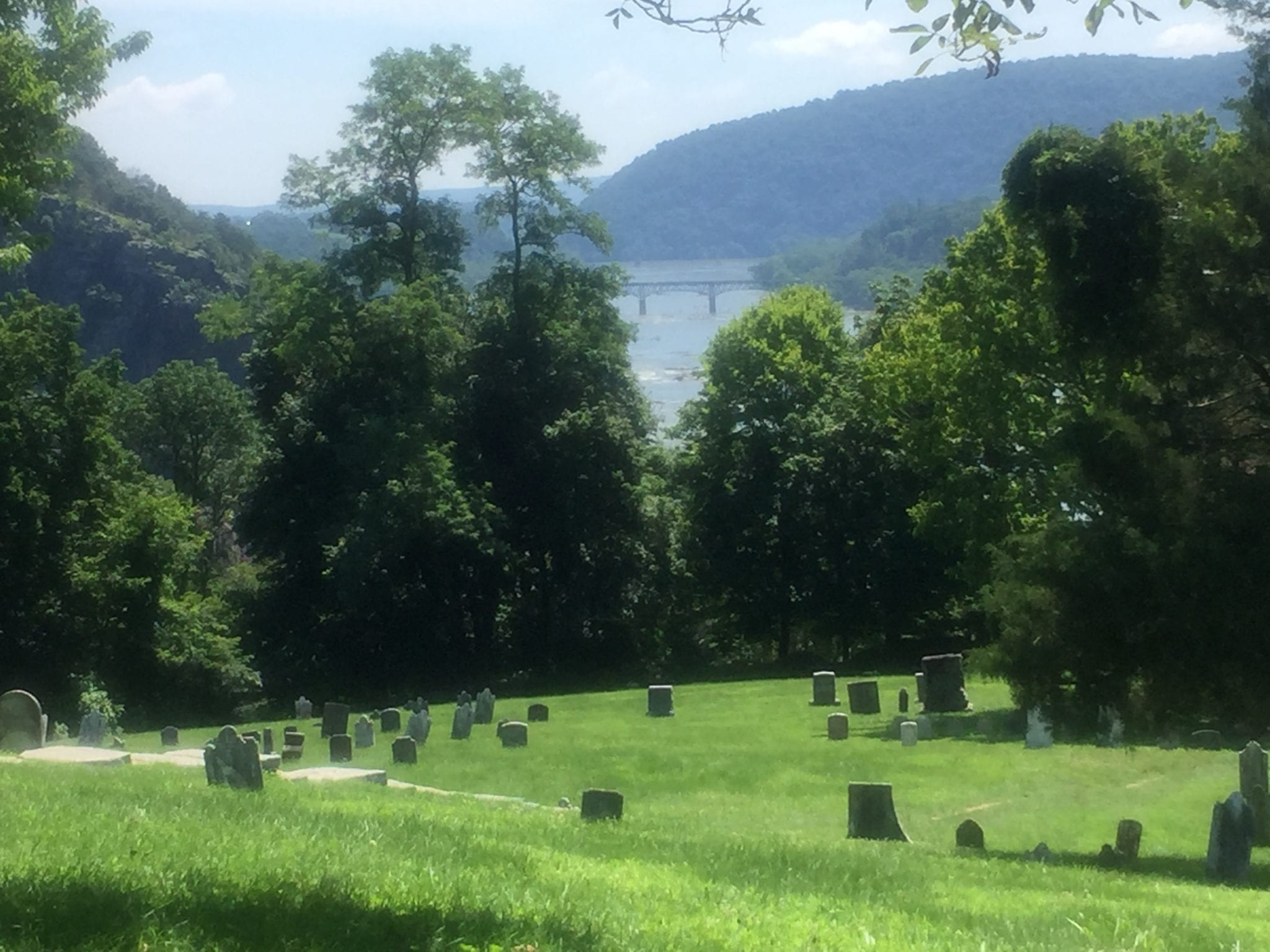 In 1782, Robert Harper, the founder of the town, set aside acreage for the cemetery.  He and his family, the Wagers, are interred in two plots surrounded by low stone walls, recently restored. My cousin is on the Board, as was her mother before her.  No one is paid except a caretaker.  In the past few years, the Board has raised some funds and made many improvements, including the restoration of some very old stones that had fallen or cracked.  They were able to identify the headstone of a revolutionary soldier, and that stone has been revovated and the grave prominently marked.

A steep wooded path leads from the cemetery to Jefferson Rock, a magnificent vista overlooking the river.  From there, you can make your way down hilly paths and stone steps to the historic town.  If you’re ever in the area, I highly recommend a visit.

Next up: More about Nathan Cook Brackett and the history of Storer College