When my 32 year old daughter, Giana Natali, checked herself into a drug treatment facility in May of 2012, I was completely blindsided.  I was unaware of her chronic substance use, and I knew next to nothing about the disease of opioid use disorder (OUD).  Ironically, much of what I thought and felt was the stigmatized misinformation that has prevented our country from mounting an effective response to the national opioid crisis.

Between 2012 and my daughter’s death from a heroin overdose on 1/3/14, I learned some things, although much of the time I was overcome with such worry and grief that I responded only in the moment and unfortunately believed people who claimed to be experts but in fact were simply perpetuating an outdated and ineffective treatment system. I accepted what I was told, convinced of my own ignorance. Looking back, I know that stigma prevented me from “going public” with what was wrong with her and perhaps finding out more.  However, since Giana’s death I have made it my business to learn everything I can about this chronic relapsing disease. In doing so, I now have opinions on drug treatment and policies that surprise even me.

Over this very difficult five years, I have come to embrace the principles of harm reduction.  What is that? Harm reduction aims to reduce negative consequences associated with drug use, both for the user and for the family and wider community. This sounds simple and sensible, but the practical implications challenge many common practices and widely held beliefs.  For example, reducing harm means curtailing communication of HIV and hepatitis C, diseases that can be spread through the reuse of needles.  How do you do that?  Through needle exchanges, where a person who uses drugs can exchange used needles for unused ones.  Needle exchanges were hard fought for during the HIV/AIDs epidemic, but even now, there is only one where I live in Philadelphia, a city of 1.5 million with the worst rate of overdose in any of the ten largest cities. Federal law prohibits the use of federal funds for needle exchanges, and some state and local laws make them difficult to open. Many citizens can support the idea that we don’t want to feed serious infections that can spill outside of the drug-using population, but feel uncomfortable with needle exchanges, perceiving that they are somehow condoning drug use.  Instead, the thinking behind a strategy like needle exchanges is eminently practical: let’s reduce harm. People who have an active opioid use disorder are going to use needles anyway; let’s make sure they are not carrying disease.

My daughter died alone, as many people using substances do.  Her roommates found her about 30 minutes after she died. She had been trying to get well, checking herself into six residential rehabs and several outpatient programs before that fateful overdose.  She had several co-occurring disorders, mental health issues such as major depressive disorder, which had not been adequately addressed.  She needed time to get well, time to be truly ready to embrace sobriety, but she ran out of time. There are many people like her, who try to get well but for various reasons are unable to.  Harm reduction would tell us to find ways to keep people alive until they are successful in treatment.  Safe consumption sites sites are such a strategy. Operating for over a decade in Canada and Europe, these are sterile environments where people can use drugs under the supervision of medical personnel who can reverse an overdose. People are also offered medical care and pathways to treatment. While they might not accept it the first time, as trust builds between the folks staffing the facility and the people utilizing it, many accept treatment. These sites also help to bring drug use and drug paraphernalia inside, away from citizens in the neighborhood. 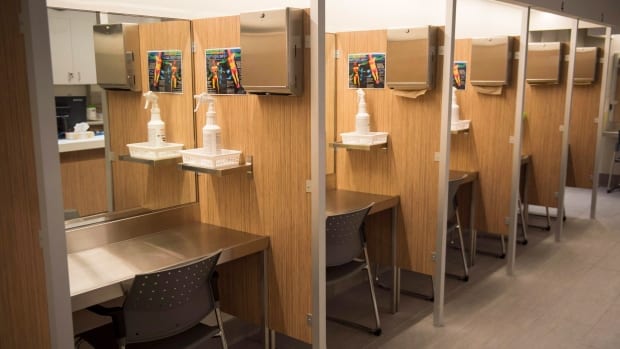 Giana was abstinent from heroin and other opioids for six months prior to her death.  During that six months she spoke openly about her deep depression and anxiety, and the drug cravings which made it difficult for her to concentrate on her recovery. My mother, with whom Giana was very close, died three weeks prior to Giana’s overdose.  I immediately saw her depression worsening, and tried to warn the personnel at the treatment facility where she was living. But what Giana really needed, from the beginning of that period of sobriety, was addiction medication.

It is well recognized by medical personnel who specialize in addiction medicine that people who use opioids are most at risk after a period of sobriety, whether because of confinement in a treatment facility or jail, or because they have managed to stay abstinent while living independently.  Their physical tolerance for the drug is low, especially now when virtually the entire street supply of heroin is contaminated with fentanyl. Unfortunately, many treatment providers are tied to the outdated idea that using medication is just substituting one drug for another.

The truth is that the three medications which are FDA approved to treat opioid addiction, and which were all approved and well-researched at the time of Giana’s treatment, give people with OUD  about a 60% chance of remission, while abstinent-only based treatment is successful less than 10% of the time.

During the 19 months between when my daughter entered treatment and died, I knew none of these things, and none were explained to me at the various “parent education sessions” or family therapy sessions that I attended. I now embrace all of these ideas and try to counsel other frantic family members because I want to prevent others from living with this searing loss that is in many cases preventable.